This past week in Minnesota has been perfect summer weather, mid 80’s, and sultry. The kind of weather that I normally bitch about, but after our little ice age this past winter and spring, I am welcoming it with open arms. The new 20 Prospect has air conditioning, and ever since I passed 40, I have begun to tolerate the humidity much better than Mrs. 20 Prospect. The result being that I seldom have to beg to turn the AC on when it gets real hot. And when it’s just plain old uncomfortable, I do just fine. I think I have hit the age where the heat helps my circulation.

As I have mentioned ad infinitum, air conditioning was a luxury very few of us had in the Batavia of the mid 70’s. Hell, you were lucky to have central heating in those drafty old queen anne’s, and four square homes. (Just ask Dufmanno for stories of chopping wood to heat the house down in tony Stony Point and you’ll realize how soft we have become). So when summer rolled around to 20 Prospect, we either got in the car and drove somewhere, or sat glued to the vinyl cushions of the front porch glider sipping watery instant lemonade. In retrospect, it was pretty damn ridiculous considering we lived within 30 minutes of both Lake Erie and Lake Ontario. Two huge bodies of cold water that provide instant relief from the heat. You’d think we’d have driven there every damn weekend and immersed ourselves in the Lake to cool off. However, in the mid 70’s the Lake’s were pretty much still open sewers, which tended to smell a little ripe round about July.

Instead our summer weekend trips usually involved a amusement park. Not a “theme park”, Lord no. Back then we had a plethora of small Mom & Pop “trolley parks” to choose from. Roseland in Canindagua, Breezy Point in Rochester, and Crystal Beach in Ontario. These were century old amusement parks built to entertain the working classes of the early 20th century, and keep them from joining the communist party, or unionizing, through the application of thrill rides, dance halls, and cold beer. A combination that is as effective today as it was in 1911. I’ve blabbed at length about trolley parks before, and in particular, our personal favorite, Crystal Beach. In fact, once upon a time my great grand pappy was Captain of one of the boats that sailed between Buffalo and Crystal Beach, carrying boatloads of greasy immigrants like my ancestors, to the cool breezes of Lake Erie. But our adventures in amusement parks did not stop there.

Growing up, the original Mr. 20 Prospect went out of his way to visit every old school amusement park within a days drive of WNY. Hersey Park, Kennywood, Geyuga Lake, Kings Island, Cedar Point, we saw them all. And as I mentioned last week, we also worked them into our longer road trip vacations. During my first visit to Denver in 1982, Dad took us to Elich’s Gardens. A classic old amusement park on the outskirts of old Denver. In my memories, it was a place frozen in time. Art deco buildings, and classic amusement rides, in a wonderful garden like setting, glittering with neon lights. Even though I spent the better part of 2 years in Denver during the early 90’s, I had never gone back to the place. To a 22 year old, amusement parks are passe. Especially when you spent a summer working in one. So when we found ourselves in Denver last Sunday night, after spending 8 hours in car, I did a little googling, and low and behold, I discovered that the park no longer stands. The name Elich’s Gardens has been bought by Six Flags Inc. and given to another soulless 6 flags park in downtown Denver, but there was another 100 year old amusement park under the name “Lakeside Park”, that was still operating. To top it off, it was only 2 miles from our hotel, and a few blocks from the original Elitch’s!

So after some persuading, I talked the kids into going to the amusement park to humor their old man. 20 Prospect Jr. has always been a-scared of rides. Lil’ Miss 20 Prospect however, is our daredevil. So with a little convincing, we showed up at Lakeside Park. The cheapest night out in all of Denver. Seriously. Admission is $2.50. You pay between 2-3 bucks a ride, or you can splurge on the unlimited bracelet for $17 bucks. Pretty damn cheap by 21st century standards. One of the strange things about visiting someplace you went as a child, thirty years later, is realizing how much, and how little has actually changed. It has been almost 30 years since that visit to Elich’s. America has changed a lot since 1982. (As has the rest of the world, duh!) As I eulogized before, Crystal Beach, and most of the old trolley parks feel to the developers wrecking ball in the late 80’s or early 90’s. Only a precious few survived, Lakeside being one, but I had not been back to see what changes time had wrought until last week.

My, oh my. The more things change, the more they stay the same. I can report that very little has changed at Lakeside. For better and for worse. It is obvious that very little money has been spent on up keep in the 30 years since my last visit. In some ways it was like walking through the ruins of an ancient city. As sort of living urban exploration. Here was an amusement park frozen in amber since the mid 20th century, slowly crumbling into ruin, despite the throngs of adoring customers that were still loving the place to death. The crowd had changed since 1982, and was much more hispanic, and multi-culti, than it was then, but so is America. Being among the minority didn’t really bother me, because we were also among the majority that was loving the place. The very first thing that me and Lil’ Miss 20 Prospect did was ride the Cyclone. An honest to goodness, wooden coaster. The kind with peeling white paint flaking off each time a train goes rattling around a corner. HOLY CRAP WAS THAT FUN!

After that we tackled the Octopus (Spider) the kind of spinny ride that makes me want to barf. Did I barf? No. Did we coax 20 Prospect Jr. into riding it with us? Hell yeah! The stubborn little  introvert loved every minute of it, as soon as he figured out he would survive it. And so the night was spent, running from one rickety old amusement ride to the next, soaking in the thrill of imminent death, in the soft glow of Art Deco neon. 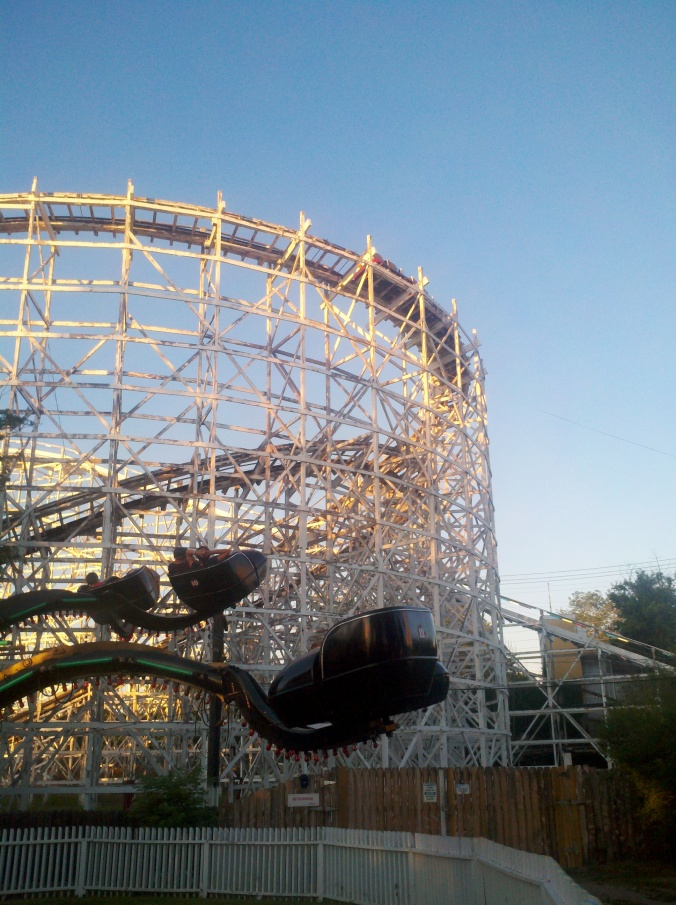 I wanted to weep tears of sorrow and joy. Sorrow, because it was so apparent that Lakeside’s Days are numbered. Joy because this one evening allowed me to re-live an experience that I thought was irreparably lost to time. Not only did and re-live it, I was able to SHARE it with my children!

I’m a funny guy. Nostalgia is the sweetest drug I know. Give me a dusty old ball park, or a rickety old roller coast, and I am happy. Allow me to share those moments with my children in the same communion that my father shared them with me, and I am in heaven. So folks, as I have said before. Heaven to me is the Prater in Vienna, a cold mug of Budvar, a steaming plate of Eisbein, and the company of my ancestors beneath a starry sky. For one brief shining moment last week, I was able to share that same glimpse of the afterlife with my children. And that made the whole trip worthwhile. Here’s some more pics of Lakseside. 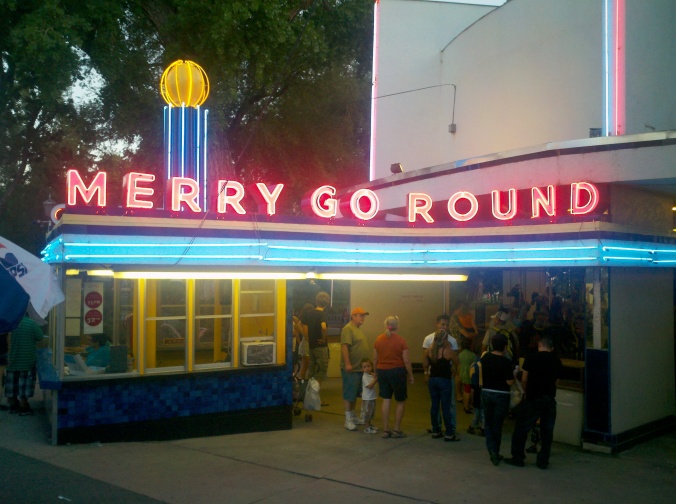 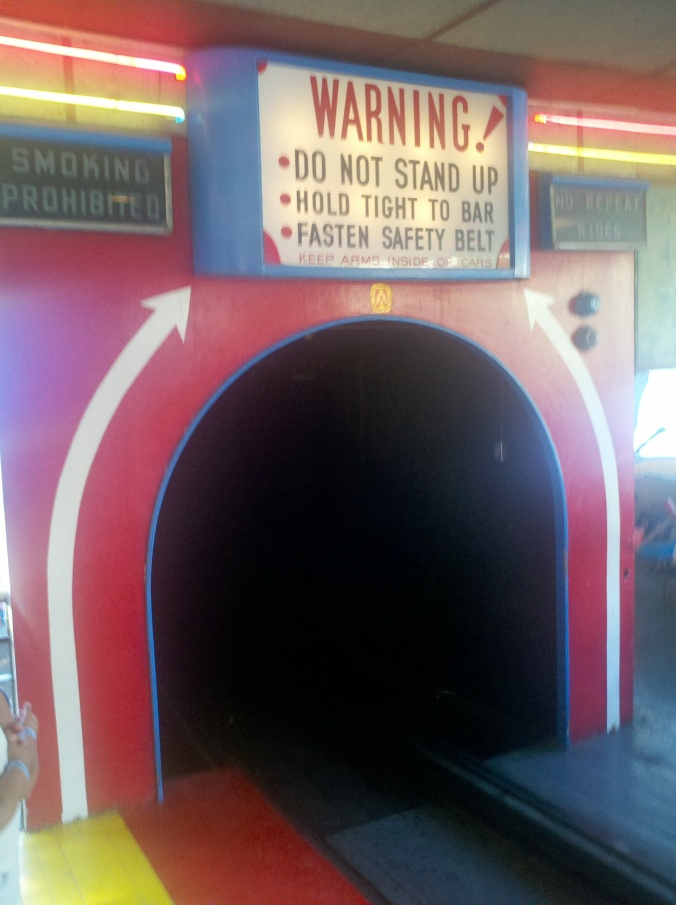 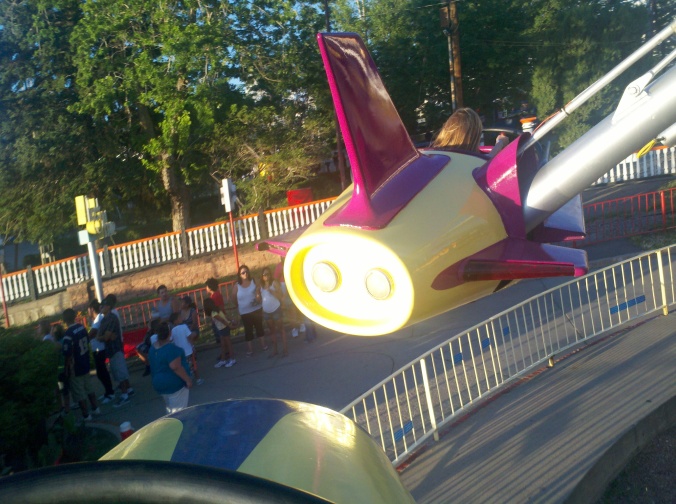 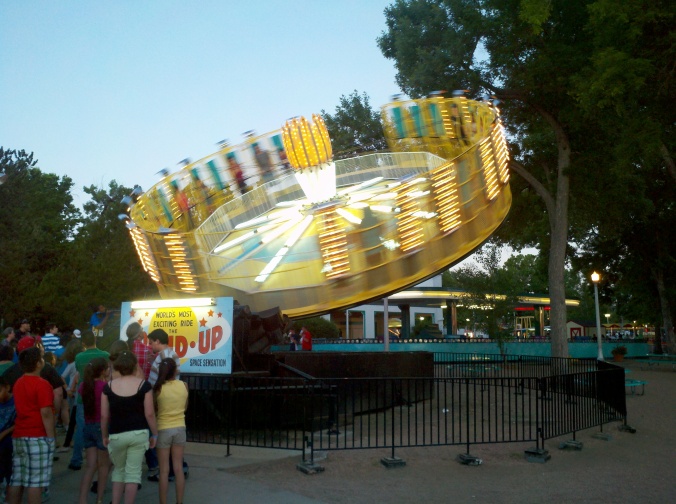 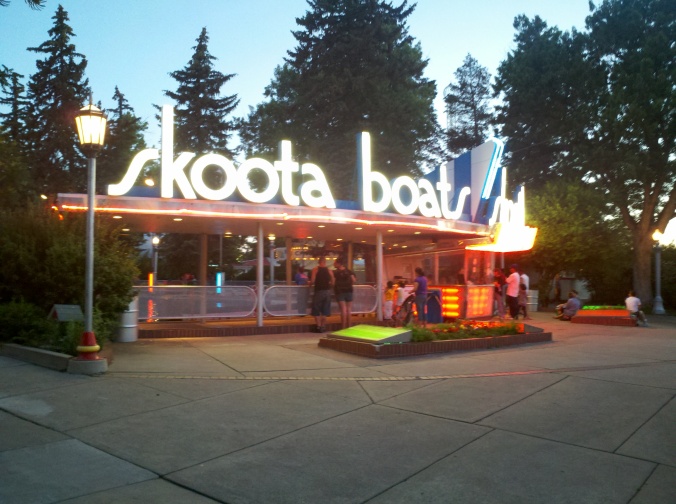